Games as Education in Planning and Economic Development

Whether you are a citizen planner or a professional planner, games can have a place in helping you develop solid mental models safely and cheaply, reducing the amount of learning you need to do the hard way: At the expense of the community you hope to improve.

Obviously, games alone will not be sufficient. You also need a lot of more "real world" study materials and experience, but games can help you develop complex mental models necessary to make effective decisions in the real world.

This is why chess was associated with the upper classes of Europe: It is a strategy game and, historically, European nobility served as the officer corps for the militaries of old. Chess was used to teach strategic thinking to people who were leading armies or would be someday in their future.

I currently am playing a lot of Big Farm Mobile Harvest on my phone. It's a free game and I like it primarily as an economic development modeling tool. It has helped me think about a few things differently already.

I have played a bunch of different city building games or similar over the years. My favorite city modeling game is SimCity 3000, in part because you can rename the file when you save. This lets you make multiple copies of your city and also lets you save the file at a critical juncture so you can try out different decisions and see how they pan out.

But I also like it because it has what I call a "game god." The algorithms behind it will keep killing things that work poorly by throwing disasters at bad areas, a pattern that seems lost in SimCity 4.

This detail was tremendously educational and helped school me on what not to do in the game if I didn't want to be plagued by recurring disasters. It also helped drill into me that when disaster strikes, rebuilding everything exactly as it was is poor planning.

A disaster should be viewed as an opportunity to fairly painlessly update your plans and slip in some improvements that wouldn't have made sense before the disaster destroyed parts of your community.

I have a site called Mom Turned Gamer that never really went anywhere. As of today, I am repurposing it with an eye towards using it to talk about an intersection of games and community development work. 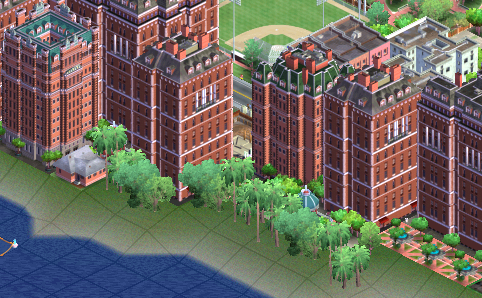