On the Internet, No One Knows Your Location If You Don't Tell Them

I'm currently trying to work on a piece about the city I grew up in and I'm trying to verify details that I remember. So far, I'm stymied.

One of the things I'm trying to verify is that a particular street name changed and in searching for that information, I tripped across an article titled Curious Cbus: The Stories Behind Columbus Street Names. I got all excited until I realized it's the wrong Columbus.

I grew up in Columbus Georgia. The above piece is about Columbus Ohio and the title doesn't make that clear, nor does the first paragraph.

It's several paragraphs down before it uses the word Ohio anywhere. So it took a fair bit of skimming to determine that this is about a different city in a different state that happens to have the same name.

If you are talking to someone in person about local events, you probably don't need to specify the state. They generally know from context whether you mean Columbus Georgia or Columbus Ohio.

The same does not apply online. On the internet, you need to do more than give the name of the city to identify your location because people reading it can be located anywhere in the world and most place names are not unique.

People have something of a tendency to write the way they talk, so one of the most common errors I see online is people giving a place name in a way that doesn't really tell you where they mean. Naming a city without naming the state or country is kind of like giving someone's first name but not their last.

If you are talking to a random stranger, that's probably not enough information for them to know who you mean. It leaves a lot of room for misinterpretation.

If you are trying to do community development work and you are doing something online related to that effort, you need to be very upfront about identifying exactly what place you mean. You need to make this information easy to find. Don't make people hunt for it.

In addition to making an effort to be very clear about which place you mean, you should make a list of other geographic identifiers, such as the county name, local rivers or lakes, major highways, regional identifiers (like West Coast or Pacific Northwest), nearby cities and anything else that can help give context.

This is also a means to improve your findability. People may not be searching for the name of your city or community in specific while wondering what there is to do in the general area.

Giving regional identifiers increases the odds that they can find your site anyway and thereby learn that your community has something of potential interest to them. Good maps are also extremely helpful in communicating with your audience where in the world you are talking about.

That's why Pedestrian Coast -- my sample site for how to do a site promoting a community has a pinned page with the following map and the name of the city is right in the title: Where is Aberdeen, Washington? 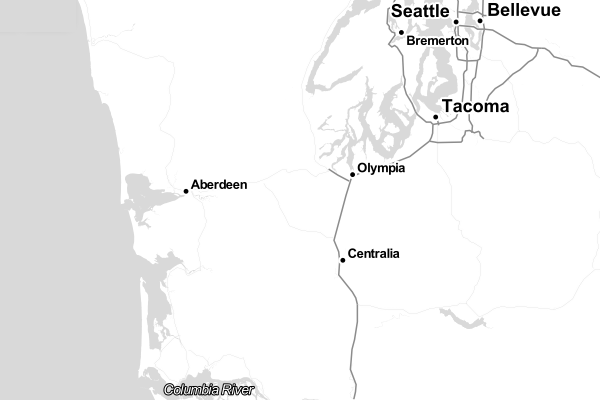 The Map on this page is by Stamen Design and is being used under CC BY 3.0. Map Data by OpenStreetMap, under ODbL. It has been edited by Doreen Traylor.