Gems Hidden in the Folds of Time

The book Logan's Run is about a dystopian future in which the world is so overpopulated that people are only allowed to live to the age of 21 and then they are terminated. "Runners" are people who try to escape termination when the flower implanted in their palm begins flashing red and black, indicating they are on their last 24 hours of life.

The Runners in Logan's Run who successfully escape their fate are helped along by a kind of futuristic Underground Railroad. Instead of safe houses being, say, someone's basement, they are "dead" (abandoned) spaces in this overly urban, overly surveillanced world.

I no doubt read that book around forty years ago in my teens. These days, that dystopian storyline sounds a tad too prescient in some respects.

But I think the book offers a recipe for how to find a solution: In the "dead" spaces, the somewhat abandoned places that modern life has somewhat passed by and overlooked. 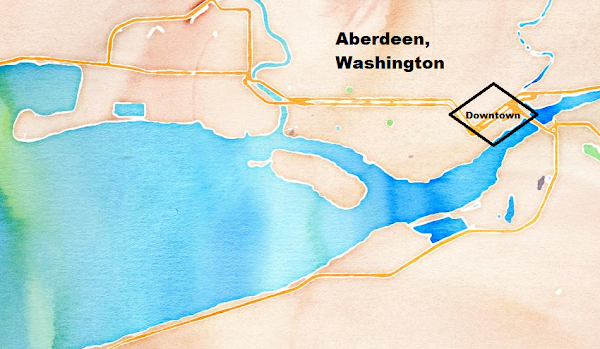 I currently live in A Hidden Little Gem of a Town. Its historic mixed use, densely developed walkable downtown is a gift from a bygone era.

The town where I live is not the only small town gem lost in the folds of time. I think those old towns represent a wonderful opportunity -- if we can get them the right help before it's too late.

During the pandemic, small towns saw an influx of people with remote jobs. So I think we have an opportunity to try to marry the modern computerized world to the remnants of the walkable old world.

But we need to plan for it. We can't just hope and pray that it goes that way by happenstance.

Small towns need support and they need something better than the existing available support. One of the better programs out there is a program called Main Street America.

Unfortunately, my firsthand experience with the program suggests it is overly top heavy and bureaucratic with out of date ideas about using newspapers, TV and radio instead of websites and social media to promote a small town. I think it's a poor fit for the intended job.

I have no idea how to update that program. At some point, I abandoned my efforts to work with the local Main Street program. I think it's a waste of time.

Eleven days ago, I finally found my focus for a sub reddit I have had for about two years, a little space called r/Walkable. With deciding to make it a space to curate good examples and useful information for walkable downtowns for small towns under 50k population, it went overnight from 19 members to more than 400 and people continue to trickle in.

Clearly, there is interest in and demand for such information. I think there is much hope that it is possible to help small towns thrive and resist being crushed under the forces swirling around them.

I think America has grown too top heavy. We need more small scale stuff of various sorts, from solid small towns to more microbusinesses (under 10 people) to counteract that top-heaviness and begin providing some much-needed stability beneath our feet.

There is an African saying that "When elephants fight, it's the grass that gets trampled." I'm hoping to water and weed the lawn a bit and give it some love. The "elephants" of this world already get plenty of attention and resources, often at the expense of the little guys.